The Path To Year-End Remains Positive

If you are getting the feeling that the market is sprinting to year-end, you’re not alone. The famous Santa Claus rally carries measurable significance behind it and has transpired positively 81% of the time since 1990.  Whether that may fully materialize this year is unknown, but the aggregate data to support it is certainly not lacking. We would argue that it is the understanding of such data that can often play a critical role in overall investor success. One of the fundamental differences between retail and professional investors is that the former group tends to focus more so on short-term data points (that can often skew negative) whereas the latter remains grounded to medium and long-term trends capable of sustained secular growth. As it currently stands, we believe we are amid one of the most contentious battles of perceived short-term negativity and that of long-term opportunity. Choose your side wisely!

It is imperative to start this conversation on the topic of absolute and relative comparisons. You’ve likely heard the fact that the current inflationary environment “is posting the highest figures in 40 years”, or “equity market valuations are pushing the limits of the early 2000 Tech bubble”. Those statements are true on an absolute basis, and they carry a sense of fear when failing to gauge their relative comparison of why they’re occurring. Relativity is paramount in understanding data because it provides much-needed perspective. To provide clarity to this in the present moment, let us focus on the topic of inflation, on a both absolute and relative basis. 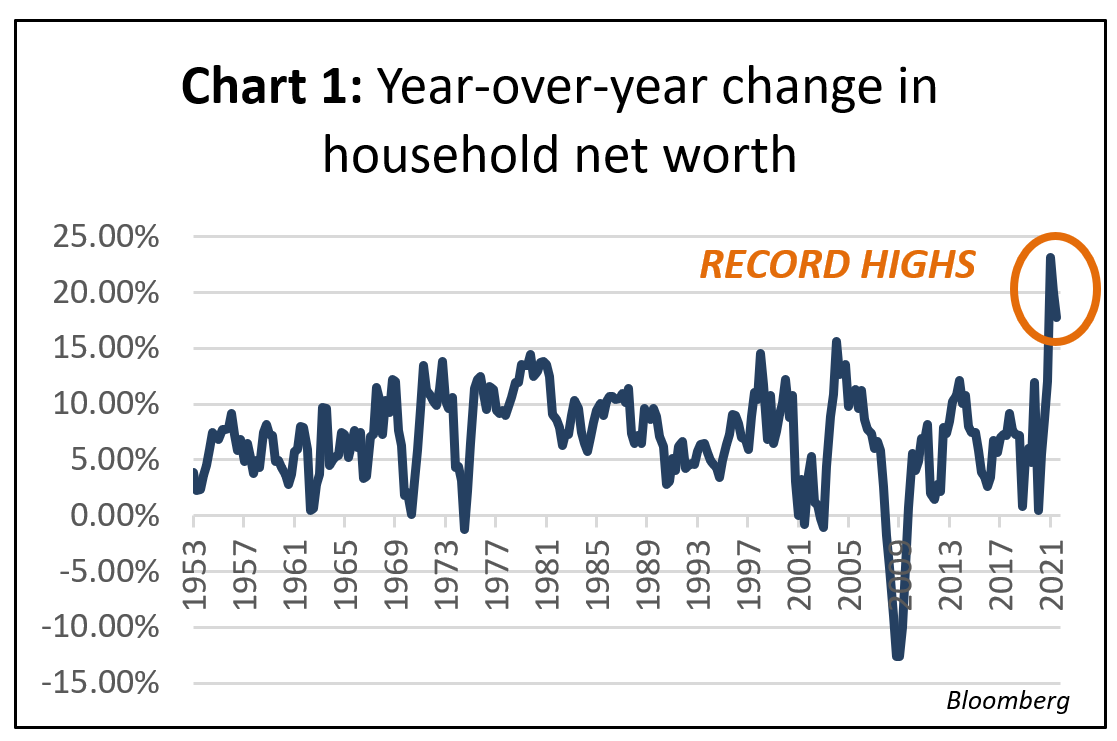 It was announced last week that the annualized gain in the Consumer Price Index for the month of November (i.e., inflation) was 6.80%. The data marked a solid continuation of gains in broader inflationary data since the early part of the year and was, in fact, the highest reading since June 1982! The announced 6.80% figure is an absolute data point that is factual and publicly accessible. It is also one that generates excessive media headlines in a way that is often flawed. Be that as it may, was the latest figure justified? The short answer is yes! Let us recognize that inflation can be a function of consumption and that consumption is often a function of disposable household income. We have extensively covered the notion of relentless consumer pent-up demand over the past 12 months as the post-pandemic spending boom has been one of historic proportions. Such a propensity to spend has been a direct result of surging household net worth (see Chart 1 above) that has been fueled by both fiscal efforts and private efforts. The U.S. economy lived through the shortest recession in history while employing a work from home economy that thrived. It is the fruits of that labor, so to speak, that has had a material impact on inflationary data in the present environment, and the impact has generated a very poor ability to compare it to other periods in U.S. history. The mere fact that we had similar inflation data 40 years ago does not provide any tangible value in attempting to assess consumer and economic health on a forward-looking basis. Attempting to do so may likely generate a bias that may cause you to prematurely exit equity market participation across your investment portfolio! This inflationary example is a template on how investors should assess all current macroeconomic and market data releases. 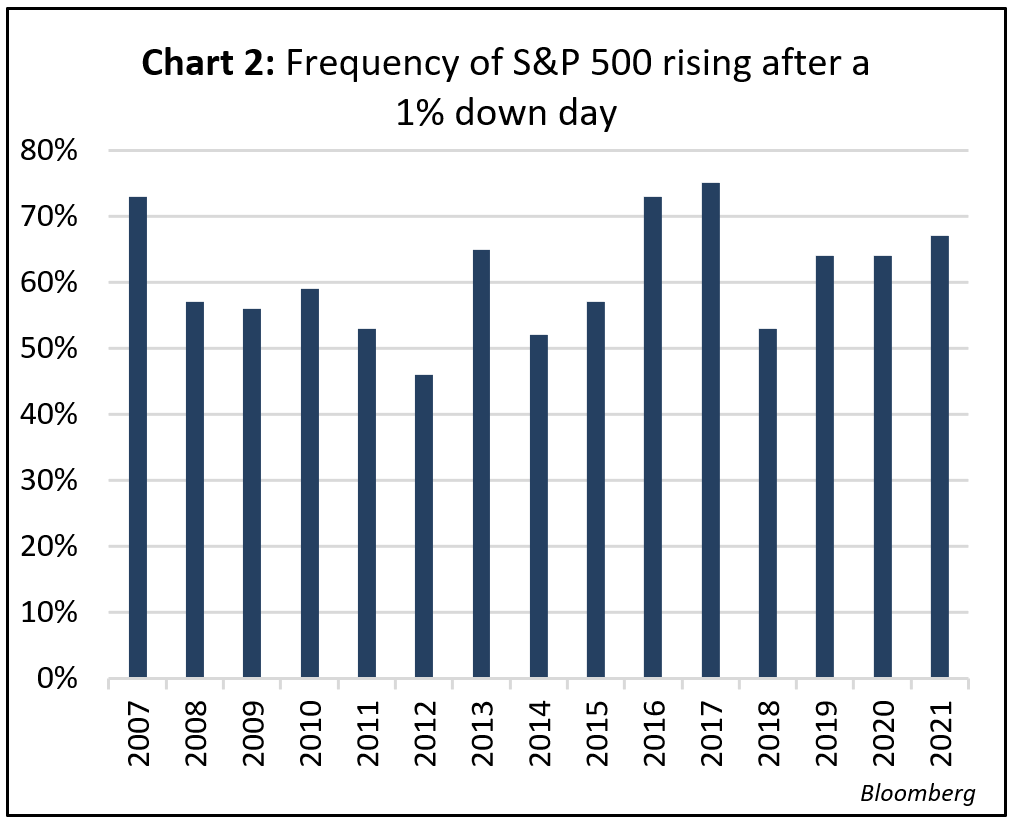 As we head into next year, our assessment of absolute and relative consumer data has taken center stage and our overall outlook remains positive. We believe the same to be true for broader economic data points over the next 12-months, despite the possibility for near-term noise. The main objective premise behind our stance is tied to sustained consumer health and the overall expected gains in the labor market. We see no major systemic risks to diminishing consumer demand for goods and services, and we believe the added economic impact from the pandemic to be short-lived. This is not to suggest that further COVID variants will not surface, but that such variants may likely do little to sway public sentiment. We’re also excited to be in the early stages of a labor market that has yet to reach its full potential. We learned last week that job openings in the U.S. exceeded 11 million, posting a record. We also learned that voluntary quit rates in the U.S. have declined over the past few months, which suggests employers’ renewed efforts to sustain employee headcount have proven effective. This has come in the form of higher unit labor costs (via higher wages) and the overall development bodes well for the labor market outlook. Bloomberg and BCA Research, two independent research providers, have quantitatively argued that as the pandemic becomes less of a threat, the US job shortage should ease and support the economy’s return to maximum employment. This may also bode well for supply chain-related issues that are currently adding to inflationary pressures.

On the topic of domestic equity markets, investors’ assessment of the latest macroeconomic data has been one of similar historical observations, even though it may not seem that way. Downside market volatility has always been viewed as an opportunity by professional investors to increase, or adjust, their equity market participation. In fact, data since 2007 indicates a greater than 61% frequency of the S&P 500 gaining value on the day following a -1% downside. This “buy the dip” notion has gained tremendous media traction over the past few years, but the reality is that it is nothing new. It may have certainly started to resonate more with retail investors, but the overall impact to markets has been one of continuity in gaining value post a short-term volatile environment. We believe this trend may amplify amidst increased probabilities of short-term volatility in 2022.