Inflation data and consumer sentiment will continue to garner major headline coverage over the short-term. Consumers on average have shown their ability to withstand the price increases, but this will not continue forever. The below market commentary from September 2021 highlights how short-termism can block investors’ view of long-term opportunities. We revisit this today to advise using caution when making decisions based on short-term influences.

The mild volatility of global equity markets this week has already dwarfed the previous week’s economic news cycle. This is an all too familiar occurrence and it affirms the theme of previous commentaries. The desired reality of market volatility is that it must have a specific reason for it to occur – think of it as Newton’s third law. For every action, there must be a reaction. Although such a law works well in the field of physics, it is very difficult to definitively apply such an approach to the stock market. It may seem easy to do, or it might even seem like a good idea, but the ability to pinpoint a single catalyst for volatility, on a single day, for a $106 trillion global stock market, is entirely futile in our view. There are exceptions, of course, such as catastrophic natural disasters, or terrorism, but those tend to transpire their market risk in a different format. Research shows that investors often suffer from ‘Short-Termism’, which is the notion to focus notably more on current events, issues, and volatility, rather than attempt to extrapolate for the future and seek opportunities. Such a concept has also been shown to be true via behavioral biases. Yet, despite the known ways of how our brains are wired, investors tend to fall trap to the same cycle during every minor volatility event. Given that we may be entering one, or we may be in one already, let’s focus on what matters in the current environment without hampering the short-term negativity that may be apparent. After all, finding the negatives is always the easiest task to do. 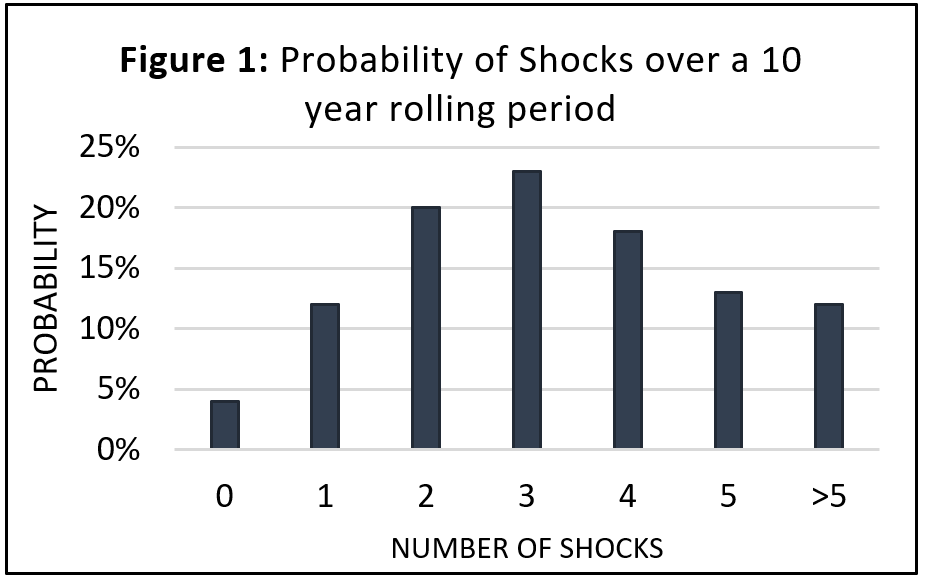 The opposite side of desired reality (mentioned above) is the notion of practical and observed reality. We covered this previously with the anticipation that global equity markets may be overdue for normal bout of volatility, and it bares significance to focus on it once more. In a rather timely manner, we stated the following in our previous commentaries: “Historical occurrences of volatility have taught us a lot on the topic of downside, with the main takeaway being that it can often be defined as a shock, which is an unforeseen event. They often occur when no one is expecting them. Such shocks carry a minimum of a -10% correction and Figure 1 illustrates the nature of how such a relationship has worked over the long-term. In its simplest form, the data simply reaffirms the dire need for investors to maintain control of their behavioral biases because the absence of shocks will almost never be the norm. This may be difficult to accept, yet it may likely be the key to a successful retirement.” 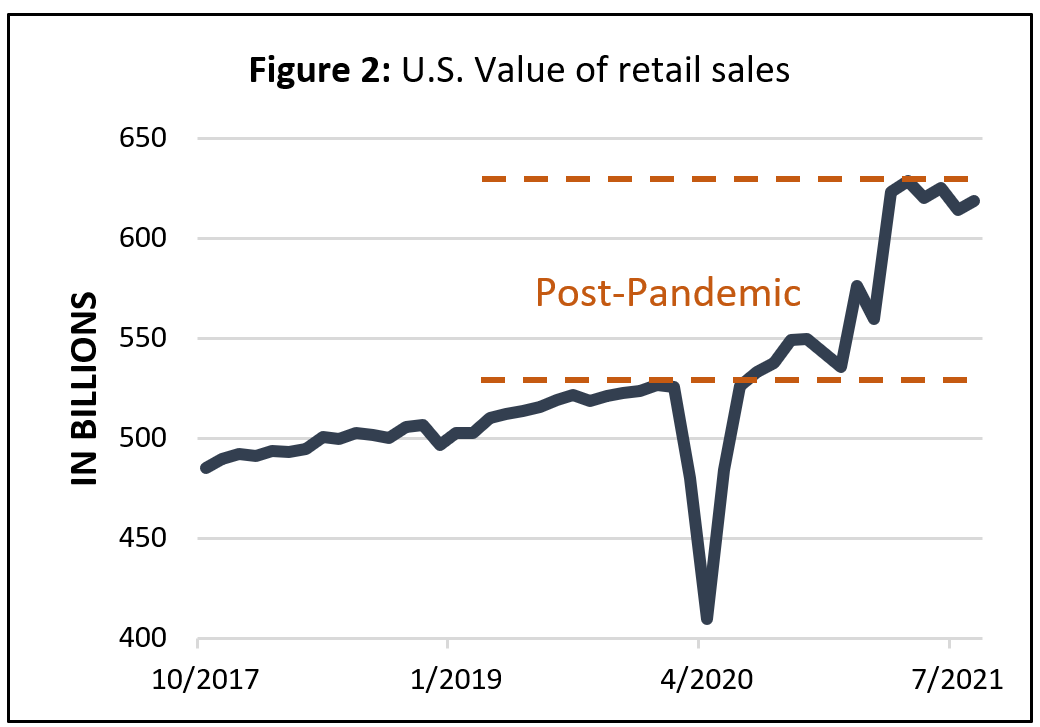 Geopolitical risks may undoubtedly generate the basis for a normal market volatility cycle, but the likelihood that that’s the only catalyst for potential volatility is not a foregone conclusion, even though it fits an easy to understand narrative. There’s a tremendous ability to generalize on the ‘what if’ events in the current news cycle but the reality of them remaining valid, or relevant, over a span of 12-36 months remains nearly miniscule. The direct impact to global consumers and the economy stems from factors outside of the scope of what may be transpiring in the Chinese private sector or even in their financial sector. What we do know is that the prudential health of the global banking system, especially in the U.S. and Europe, remains at a level that was a mere fantasy back during the Global Financial Crisis. The same can be confidently said of broad corporate balance sheets. Yes, the notion of added debt has been amplified, but the justification of said debt has been validated by a healthy consumer the likes of which we have not witnessed in decades. The COVID downturn impressed a healthy fiscal backdrop across the U.S. consumer base in a way that was unforeseen by almost all economists. Consider it the equivalent of a normal “shock”, yet it was to the upside for consumers. A quick glance at U.S. retail sales provides a telling story of what transpired, and we believe it’s far from over. It will certainly deviate in the short-term, as do all things, but that’s simply a function of understanding that perpetual non-stop gains are never the norm. The underlying consumer data that further substantiates Figure 2 is housed within lower credit card debt, healthy housing market purchases (higher than average down payments with higher-than-average credit scores), and an overall unabated ‘work from home’ culture for most high earners.

The ultimate takeaway here is to simply focus on long-term horizons that allow for short-term opportunistic adjustments. Short-term shock factors are not going away (they’ve always been present) and they may even amplify in the current business cycle. By staying focused on the consumer and their ability to thrive, economic and market outcomes may have a more defined future path than what the current events news cycle may have us believe. Caution is warranted in making decisions based solely on short-term influences.

Shock probabilities are extracted and derived from BCA Research. They are defined as economic events that have generated a short-term market correction of at least 10%. For the context of this study, the market is defined as the S&P 500 over a span of 50 years, ending December 2020.

Shock probabilities are extracted and derived from BCA Research. They are defined as economic events that have generated a short-term market correction of at least 10%. For the context of this study, the market is defined as the S&P 500 over a span of 50 years, ending December 2020.