Returning to a Normal Labor Market 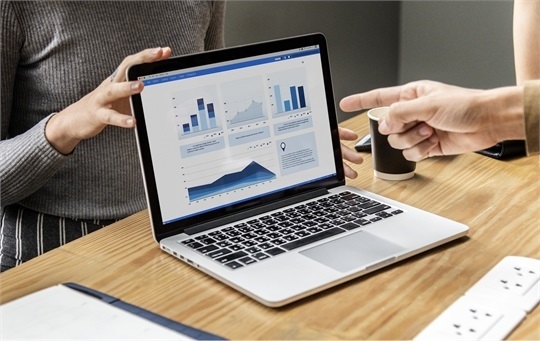 The highly anticipated December 2019 labor market report was released last week, and the data revealed the initial trend for a potential return to normalcy. The economy added 145,000 jobs, a figure that was below economists’ estimates, and the unemployment rate remained steady at 3.5%, as did the labor force participation rate (63.2%). The headlines following the report’s release indicated a “cooling of the labor market”, a notion that may imply a negative connotation amidst a healthy economy. From an objective standpoint, however, that is not the case. Our commentaries over the past three months have introduced the idea of below average net new monthly job creations over the next 12-24 months, an idea rooted in historical analysis and practical observations. To expect monthly net new jobs to reach figures north of 200,000 on an on-gong basis is utterly futile. The notion of cycles plays a healthy role in the economy and the labor market is no exception to that rule. We believe that an average monthly figure of [around] 150,000 can mark the beginning stages of the eventual business cycle shift, which has not occurred since 2008. In fact, as of December 2019, the U.S. economy has expanded for a record of 126 months and has avoided a recession over a span of ten years for the first time ever (looking at the decade ending in 2019 relative to all other decades – Bloomberg)! The point here is to always look at the current data releases with the lens of a bigger picture, a notion that may help risk management capabilities. Lastly, on the topic of the labor market, we want to focus on the weakness of wage growth for December. The released 2.9% annualized hourly earnings figure has now established a downtrend. There’s no sugar coating the fact that wage growth has been a lagging factor to the labor market and its lack of participation is a mystery. More to come on this topic over the next few months.

As we look ahead to potential catalysts for equity market upside, or downside, as well as sentiment tied to economic activity, trade and geopolitics are not likely to go away as they remain the most popular subjective factors. On the objectivity front, however, we remain grounded in the upcoming earnings season. Although annual earnings growth for calendar year 2020 appears to have positive expectations by Wall Street analysts, the upcoming quarterly earnings season may be one of neutrality. If you’re wondering what this means, or why it may be materializing in this manner, here are few objective points that we believe deserve merit. For starters, it’s important to keep in mind that the base for earnings comparisons is notably elevated following multiple quarters of S&P 500 earnings that hit double digit growth rates. To maintain an expectation of strong growth rates indefinitely is something that we would categorize as fantasy. The notion of market cycles, which entails strong earnings growth followed by weakening and declining earnings growth, is a pattern that has been visible for over a century. The fact that market participants, or largely the broader media, react in such a shock at the advent of such a normal cycle is something that remains a mystery to us. Secondly, we urge extreme caution in associating the potential for neutral earnings growth with a weakening consumer base. Although wage growth data has failed to add significant upside to paychecks, the mature stance of the labor market has employed a tremendous number of individuals, which has produced a measurable impact to growth. Until we see numerous negative catalysts, we remain grounded in the fiscal health of the U.S. consumer base. Our belief is that the Fed’s actions over the past 3-5 years have caused inflation expectations to remain at bay, causing wage growth to remain stagnant. This cannot go on unchecked, of course, and we expect inflationary pressures to strike over the 24 months, which may help hourly earnings.