Peak To Trough Declines During Recession

Chart Content: S&P 500 performance measurements during two key intervals. The first being the period between the market’s peak and that of the start of a recession, and the second being the total peak-to-trough market downside through the recession.
Chart Significance: Historically, equity returns have remained favorable until approximately six months prior to the start of a recession and the bulk of equity losses tend to occur after a recession has begun. When looking at data from post-World War II recessions, the S&P 500’s median decline was 7% from its peak through the start of a recession, followed by 24% downside from its peak to the trough during the recession. What’s most important in this data, however, is understanding that the announcement of an official recession occurs six months after the official start date, which is the date utilized in this data set. In other words, the announcement itself is a significant lagging indicator.
Potential Forward-Looking Implications: The onset announcement of a recession is not sufficient criterion to underweight equities. Historical analysis showcases the complete opposite to be true and it may be time to consider overweighting equities. Investors must consider how far equities have fallen at the announced onset of a recession and gauge where additional opportunities remain possible within equity markets. 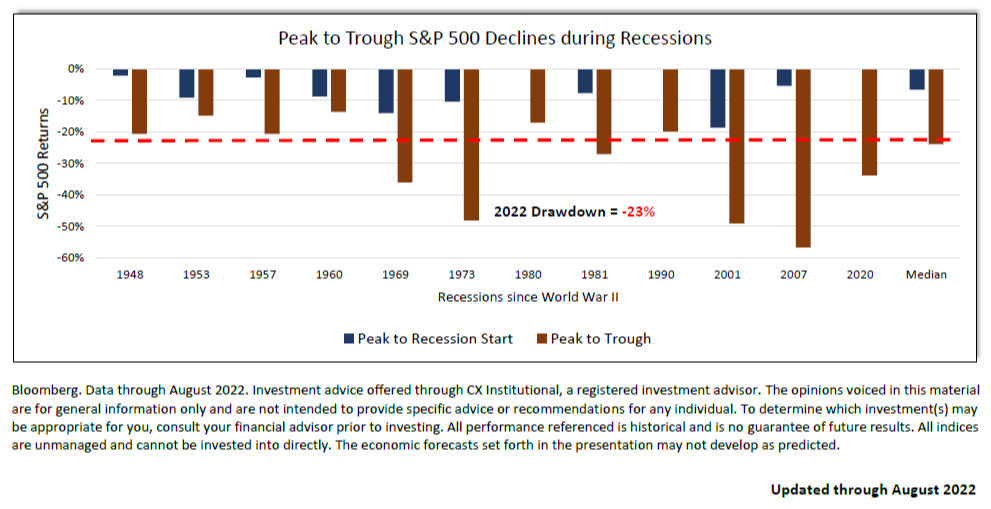 Chart Content: Current 12-month estimated forward S&P 500 Price-to-Earnings Ratio (P/E) and subsequent realized one-year returns
Chart Significance: When attempting to assess the potential gains of the S&P 500 over the next 12-months, the reality is simple – no crystal ball exists. One approach that provides an observed relationship, however, is the current 12-month estimated forward S&P 500 P/E ratio. When that ratio has historically remained below 19, most observations of S&P 500 gains (over the next 12-month period) have generated positive returns.
Potential Forward-Looking Implications: The recent volatility in the S&P 500 gives way to fear of continued downside, causing irrational decision-making on the part of investors. However, the current forward price to earnings ratio of 17.66 suggests a likelihood of positive returns over the next twelve months. This adds to our overall view that continued, or increased, equity market participation remains favorable. This is not to suggest that further downside is impossible in the interim, it simply suggests that a longer-term mindset is likely to prevail. 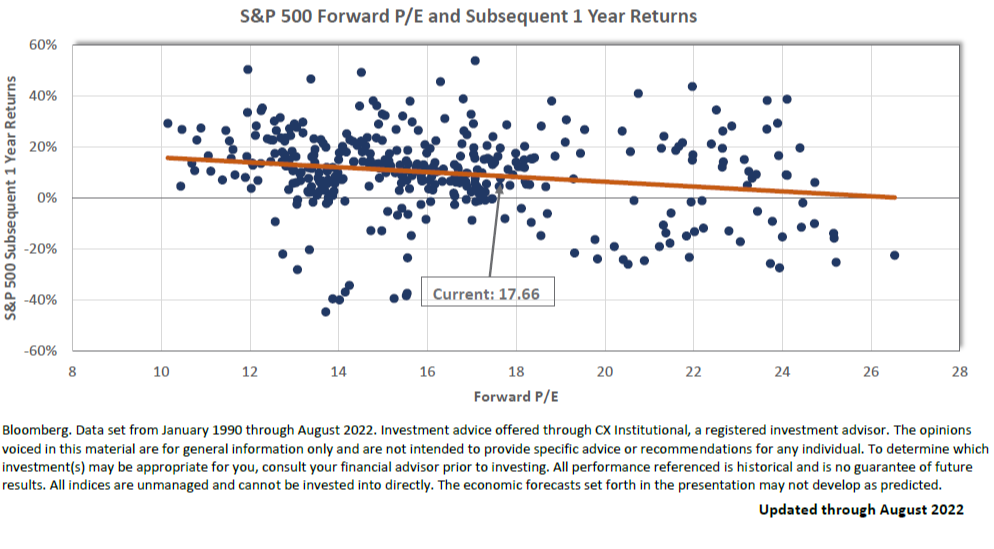 Recessions are often impossible to predict, despite conventional wisdom that may suggest otherwise. The data below represents an aggregation of S&P 500 average returns starting with the 18-months prior to an officially announced recession, followed by the 12-months after the official announced end of a recession. Given that the official start, and end, of a recession are significant lagging indicators, the data below provides for an objective overview of what investors have experienced historically when attempting to gauge the impact of a recession to equity markets. 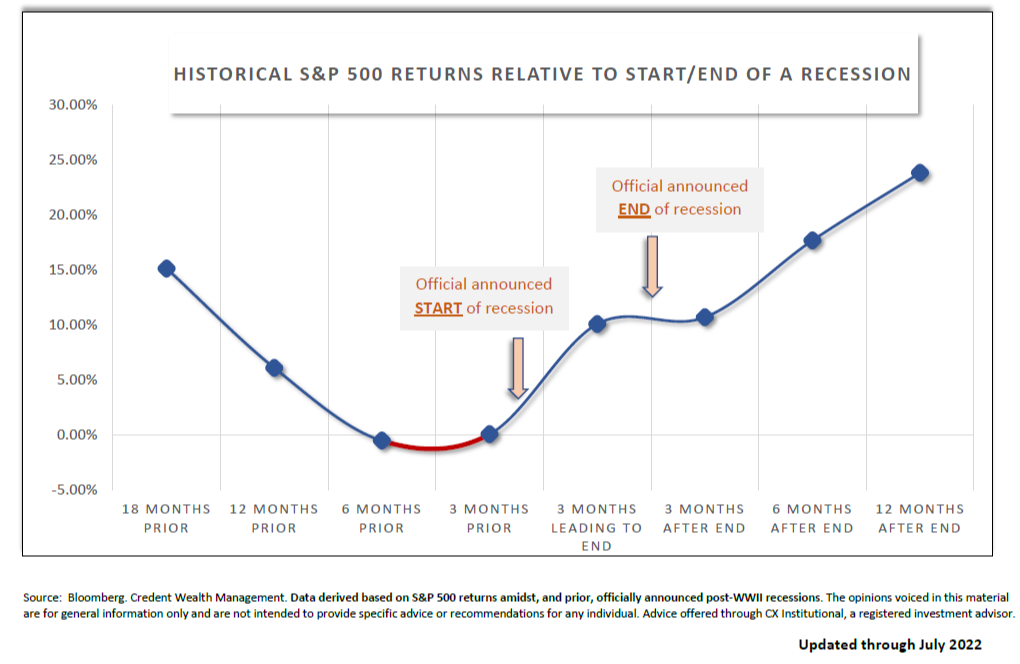