Revisiting Focusing On The Recovery

Maintaining a long-term perspective is often easier said than done. Short-term economic swings can easily trigger emotions that may force investors to act irrationally in how they interpret forthcoming economic growth or even how they interpret their equity market participation across investment portfolios. The reality of long-term success often stems from initially understanding the current state of the economy alongside a working example of how growth may transpire over the coming decade(s). One thing we can confidently say is that attempting to look through a crystal ball never works, but what does work is the ability to generate a historical perspective as a means of removing investors’ fears and biases about the future. We know, for example, that the COVID-19 pandemic caused a temporary and artificial pause in the U.S. economy’s ability to move near its long-term average growth rate. It was artificial in the sense that it was not an economic downturn caused by underlying systemic issues in the economy, which is why we observed an immediate jump after the trough in 2020. As we look ahead, the secular long-term growth path of the U.S. economy remains favorable for an eventual rise to its historical average growth rate. We believe this to be the case due to the current state of consumer strength, corporate balance sheet health, concentrated fiscal efforts, and an eventual full supply chain resolution. Recoveries of this nature are often doubted by investors for reasons that are often subjective and distorted, which leads many investors to miss the initial stages of the recovery. We urge investors to focus on the long-term and remain objective in their decision-making process. 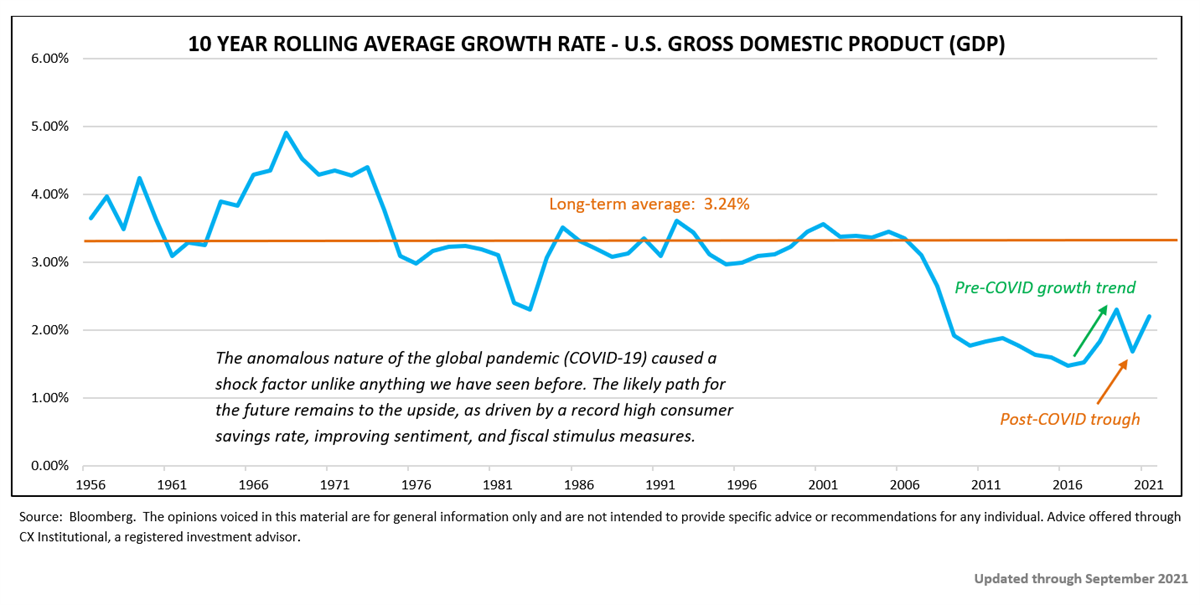